Media and Events: Past 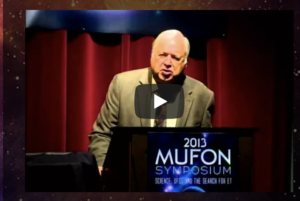 To view on Ted’s 2018 MUFON Symposium presentation, you must subscribe to MUFON TV. 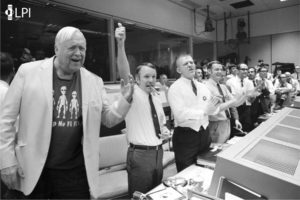 On Tuesday, April 25, 2017, Ted delivered his scientific paper, “Where There’s Life There’s Intelligence” to AbSciCon (Astrobiology Science Conference) sponsored by NASA and others in Mesa AZ. When he concluded his paper saying that all life from single celled organisms to Homo sapiens exhibit some traits of intelligence, Mission Control broke out into uncontrolled jubilation.

“The Myth of the Evolution of ET”

Ted Peters explains the moral and religious dilemmas we will face when mankind finally openly encounters its first extraterrestrial intelligence in this interview with Regina Meredith originally webcast March 25, 2014.
Watch the video.

Finding Infinity: How UFOs Can Change the World with Ted Peters

H+ Transhumanism: Will Technological Progress Get Us There?

KZUM Radio, 89.3 FM, Lincoln Nebraska
Free Archives at http://www.eupradio.net
http://eupradio.net/index.php?id=181 .
Professor Ted Peters makes his first guest appearance on the EUP radio program Saturday September 20th, 2014. Ted Peters is the author of over two dozen books on theology and the dialogue between faith and science. His new book is “UFOs: God’s Chariots? Spirituality, Ancient Aliens, and Religious Yearnings in the Age of Extraterrestrials.” “UFOs: God’s Chariots? delves deeply into government conspiracies, analyzes the newest models of close encounter interpretation, and reveals the results of The Peters ETI Religious Crisis Survey, in which self-identified believers were asked if making contact with an intelligent extraterrestrial civilization would undermine our historic religious traditions. They said no. Does this mean we’re ready to share our pews with aliens?” (from the publisher’s website). – See more at: http://eupradio.net/index.php?id=181#sthash.vs1ap0jT.dpuf

“UFOs: Are They God’s Chariots?” with Ted Peters
A bit of a change of pace tonight considering the many interested in UFOs, if some Goddesses might have been ETs, and the seeming new secularized religious mythology of “ancient aliens….Ted Peters, investigator of UFOs for 40 years, who previously served as the Louisiana State Director of MUFON, the Mutual UFO Network is currently Emeritus Professor of Systematic Theology & Ethics at Pacific Lutheran Theological Seminary and the Graduate Theological Union in Berkeley, CA. He co-edits the journal Theology & Science at the Center for Theology and the Natural Sciences. We’ll discuss if Christianity is threatened by the idea of ETs and where that might fit into that ideology, if he believs Earth may face a crisis if UFOs reveal themselves, if he thinks traditional religions are due to mistaken interpretations of visitations by ancient astronauts – and perhaps, most important, why he as a Christian theologian and religion scholar, interested in UFOs.
http://www.blogtalkradio.com/voicesofthesacredfeminine/2014/09/23/ufos–are-they-gods-chariots-wted-peters

The Church of Mabus on the UFO Paranormal Radio Network