Love and the Dark Energy of Expansion 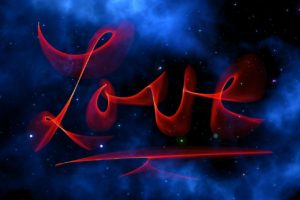 Unifying love and divisive strife are the two forces that set the cosmos in motion, at least according to the ancient philosopher from Sicily, Empedocles (490-430 BC). Was he right?

Our universe is expanding. Each minute each galaxy moves away from all the others. Scientists say this is due to dark energy. But, if Empedocles is right, then it’s due to strife.

In the United States and in the United Nations we are undergoing dis-uniting strife. The dividing force of strife breaks unity through acrimony, name-calling, belittlement, and shunning, right along with war and genocide. Despite the achievements of Civil Rights advocates in racial equality or other successful movements that have overcome prejudice against previously marginalized persons, divisive rhetoric and discriminatory profiling are roaring up once again like an angry crocodile. Is an angry crocodile a form of dark energy?

The dark energy of human strife is not just one more force of individualism defying collectivism. Rather, competitive strife like poisonous steam growls up from a cauldron of boiling greed. Once personal survival seems to be assured, then mimesis takes over. Mimesis, like imitation, describes our desire to have what others have just because others want it. Mimesis is the key to successful advertising. Mimesis unlocks the cage and allows the crocodile of greed to come roaring forth.

To see a “wealth management” advertisement makes me want to have wealth to manage. I want to climb that ladder to success, knocking others off steps if necessary to climb. When envying the child billionaires prancing across TV screens or entertaining me on Twitter, I feel I am in the right to chase what fulfills me regardless of what’s good for my next-door neighbor or good for those refugees who have no land in which to make a home. This is a dog-eat-dog world, and I have a right to be top dog. It’s a right, right? Because my greed seems justified by the economic system in which I live, I have no responsibility for the welfare of my planet-mates let alone the planet itself. Right?

“For God so loved the world” we read in John 3:16. The word for “world” here is cosmos in the original Greek. God loves the cosmos as a whole and everyone of us within it. But, our individual greed fragments life even on this tiny blue planet within a majestic cosmos that may be as much as 94 billion light years across. In Laudato Sí, His Holiness Pope Francis asks us to love our planet-mates and to treat Planet Earth itself as a shared home unfractured by individual greed.

13. The urgent challenge to protect our common home includes a concern to bring the whole human family together to seek a sustainable and integral development, for we know that things can change. The Creator does not abandon us; he never forsakes his loving plan or repents of having created us. Humanity still has the ability to work together in building our common home. Here I want to recognize, encourage and thank all those striving in countless ways to guarantee the protection of the home which we share. Particular appreciation is owed to those who tirelessly seek to resolve the tragic effects of environmental degradation on the lives of the world’s poorest. Young people demand change. They wonder how anyone can claim to be building a better future without thinking of the environmental crisis and the sufferings of the excluded.*
To live in greed motivated by mimesis restricts if not obliterates our ability to love our common home let alone our planet-mates who live with us.

On the one hand, expressing compassionate love is perhaps the most intense dimension of our personal life. On the other hand, this very expression of compassionate love is cosmic in its ontological import. Through love, one’s soul becomes attuned to the whole of the cosmos. Each moment of genuine loving is like a single note in a symphony, like a syllable in a novel, like a pitch in a World Series game. No matter how modest, each of our loving gestures enriches the entire universe.

I held the secrets of the deep

And of the heavens above;

I knew the harmonies of sleep

The mysteries of love.

And for a moment’s interval

The earth, the sky, the sea–

My soul encompassed, each and all,

As now they compass me.

When God called the cosmos into being from nothingness, God called a new non-divine reality into relationship. God creates out of love, out of grace, out of a yearning for intimacy. God’s love unifies.

When the creator God of the cosmos became incarnate in Jesus of Nazareth, this was a second gesture of unifying love. When the second person of the Holy Trinity became human, the Father and the Spirit interacted with one another through the physicality of the Son. This is the unifying love that binds heaven and earth, the divine and the human, the spiritual and the physical.

We’ve got one more gesture of unifying divine love coming in the future. That’s the coming Kingdom of God, the new creation, the consummate unification of everything now fractured by strife.

At God’s promised Point Omega, we may then look back at the history of cosmic strife and look at it a new way. Perhaps in ways we cannot now see, that strife may have contributed unwittingly to enriching the reconciling dimension of God’s love for the cosmos.

* Laudato Si, Pope Francis’ Encyclical on the Environment can be read in full here.

This article was originally published at The Omega Center

About the Author: Ted Peters

Ted Peters is an author, professor, and pastor. He is Research Professor Emeritus in Systematic Theology and Ethics at Pacific Lutheran Theological Seminary (PLTS), the Center for Theology and the Natural Sciences (CTNS), and the Graduate Theological Union (GTU) in Berkeley, California.